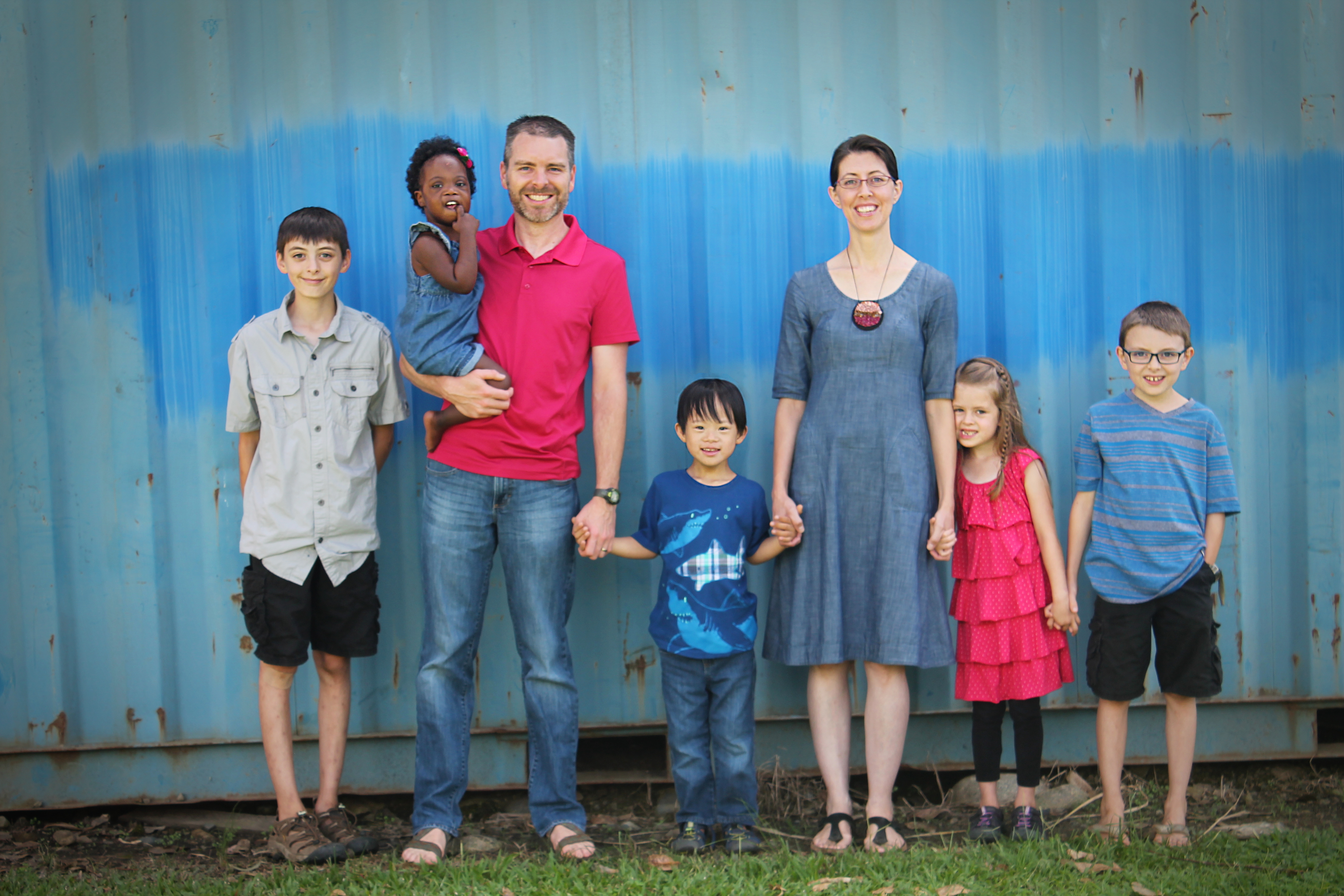 It was a beautiful September day at the Oregon Gardens.  The four kids and I enjoyed visiting, but this was an extra treat with all the learning stations for Homeschool Days.  At lunch we found a grassy spot to eat and as I handed out lunches my phone rang.  It was our adoption social worker.  She had called the day before and we had gotten 6 or 8 calls from different social workers over the past several months about different children, but this was first time we got calls two days in a row.  My heart pounded as I searched for a quiet place to answer among all the other families eating lunch. 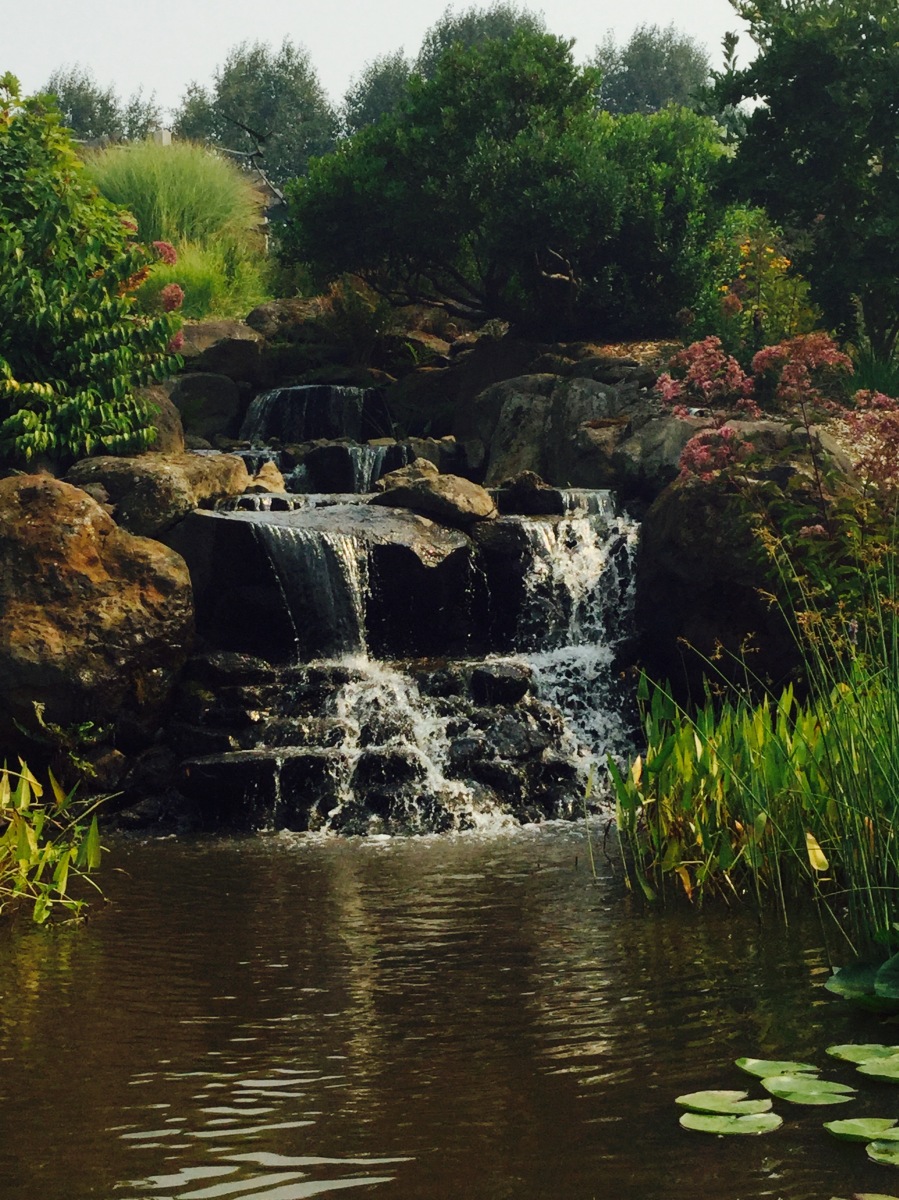 The baby girl the social worker had called about yesterday was going to be in the NICU for at least a few weeks and possibly a few months.  She didn’t have any of the major medical complications that can come with a Down syndrome diagnosis, but she wasn’t eating on her own and needed a feeding tube.  A feeding tube.  One year before that would have stopped me from saying yes to her adoption.  In fact, during our son’s adoption we passed over two girls because their feeding tubes were too intimidating for me.  In the year since our son came home, however, God had been working on my heart, asking if I was willing to welcome the child He brought to our family, no matter the medical needs.  He prepared my heart for this phone call. 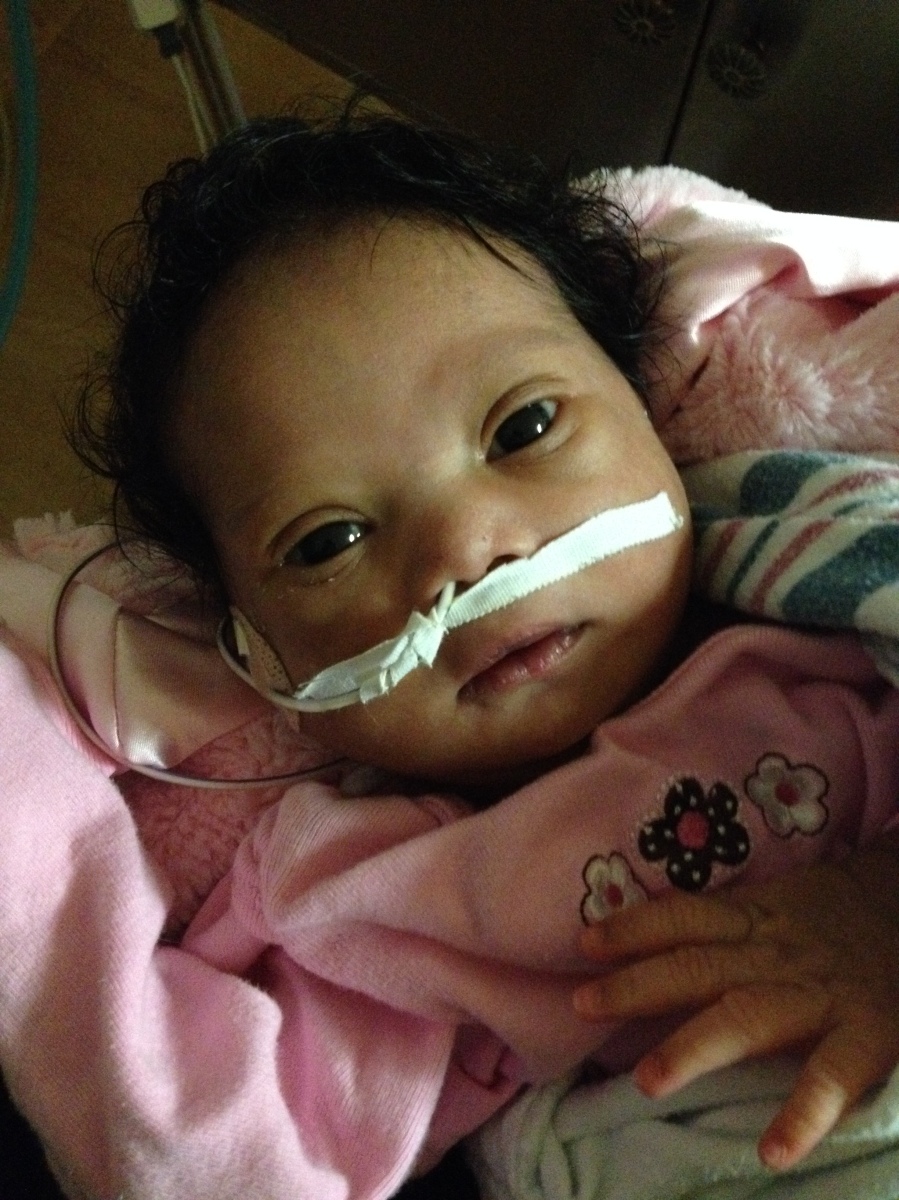 If Nathan or I could stay with her in the hospital, this baby girl was our daughter.  I told our social worker yes, went on to ask a few more questions and then called Nathan to let him know he was a daddy again.  Thankfully, a friend of mine took the kids around the other parts of the Garden while I made phones calls to grandparents to enlist their help for the next weeks . . . months?

After arriving home I booked plane tickets and a hotel for myself, packed my bags, prepared things at home and then looked on the map to see where Arkansas was.  Fifth grade geography told me it was down south, but I couldn’t recall where exactly.

I boarded the plane a couple days later with nervous anticipation.  With the other four kids I had had months to prepare for the new addition, but now I was still trying to wrap my head around being a mom again.  And being a mom to a child with a feeding tube.  While I was willing to walk this unknown path, it was still rather intimidating.

And then the morning came.  I walked into a cool room full of the soft peeping of monitors and they placed this bundled baby with soft black curls in my arms.  My daughter.  Over the next weeks I learned how to feed her using the NG tube going through her nose into her stomach.  Learned how to change her clothes with a tube attached and learned about to replace the tube being sure it fed her stomach and not her lungs. 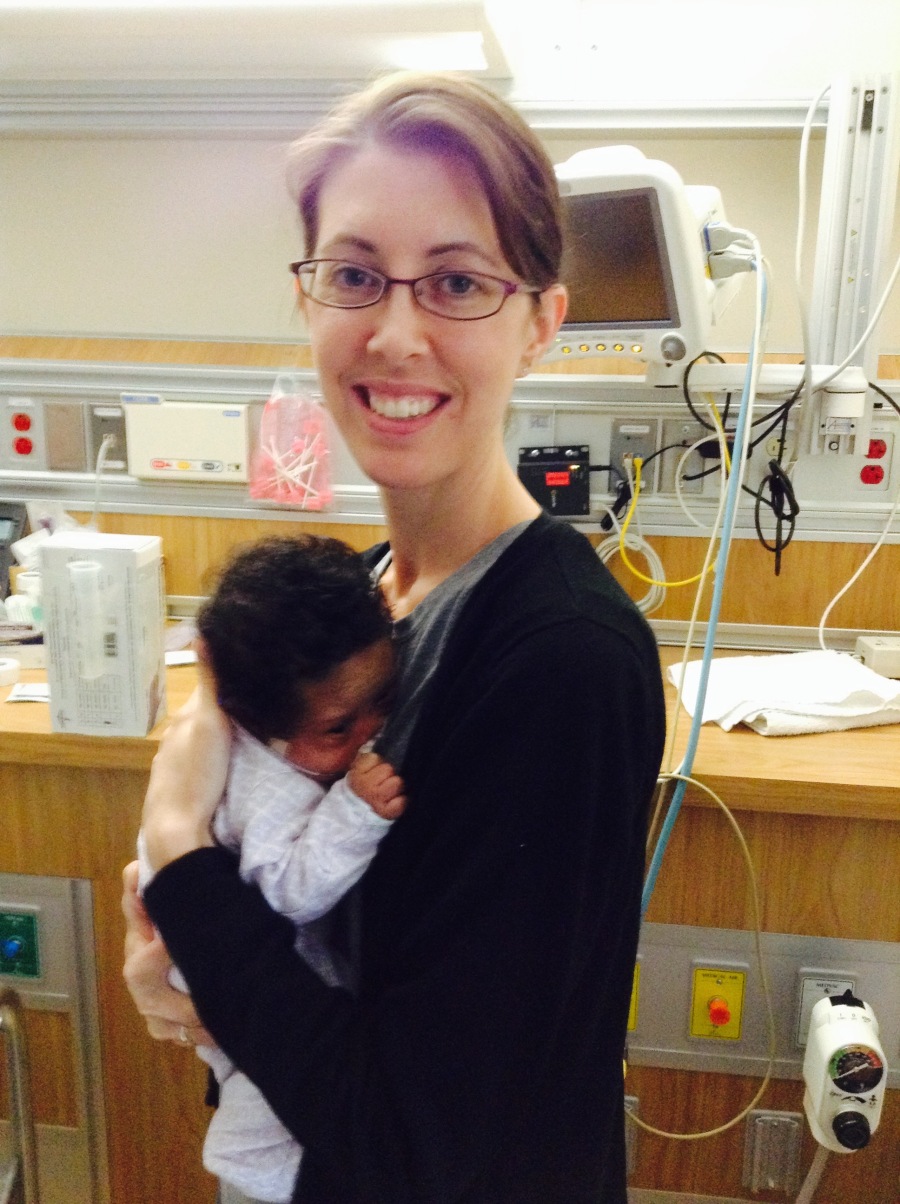 In all she was in the hospital for one month and I was with her for 3 weeks.  Nathan came out the final week to finalize the adoption and we flew home with our fifth child.

Now, in 2017, our life with disability doesn’t look all that different as it did before we became a family living with disability, but it wasn’t that way in the beginning.  The first 18 months of our daughter’s life were challenging as we navigated doctors, specialist, therapies, surgeries and hospitalizations.   Our parents helped as much as they could living a distance away and God brought a wonderful family into our lives who stepped right in to help.  At times disability can be all consuming and isolating.  Caring for medical needs can be high maintenance and in turn our family became high maintenance.  We were often in need of help and seldom able to give back.  But this family and our parents were there time and time again as we needed help one more time.

During all the challenges we had our beautiful daughter that melts everyone’s heart.  Aside from her medical needs she was our easiest baby, sleeping through the night and seldom crying.  If time allowed I could have sat for hours with her snuggled in my arms.

At 18 months she was eating all on her own and was able to have her G tube removed.  Life began to even out.  She still had some therapy, but the day in and day out needs became much less demanding. 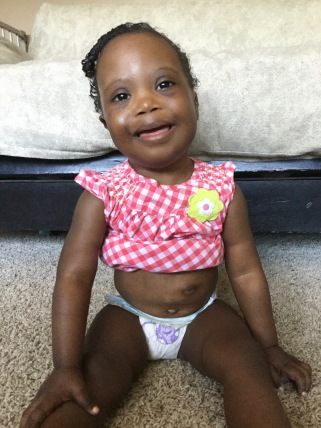 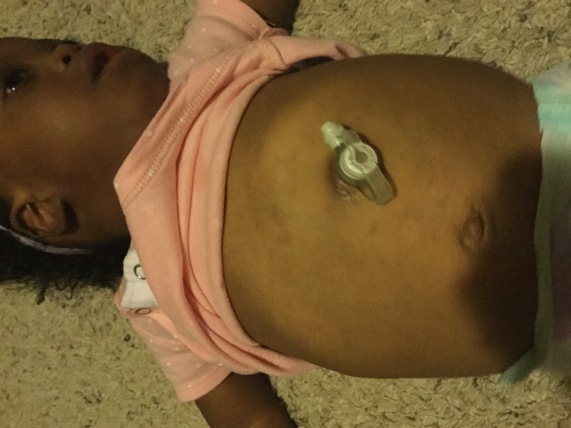 Now, three years later, she still gives the best snuggles, although she is much noisier than she once was.  She is curious and opinionated and a joy to have around.  And she loves to eat!  Any parent of a tubie graduate will know how incredible that is.

God took us down a road that, at one point, I was determined not to walk.  He asked us to trust in His plan.  I look at her see what we would have missed if we had chosen to walk in fear instead of faith. 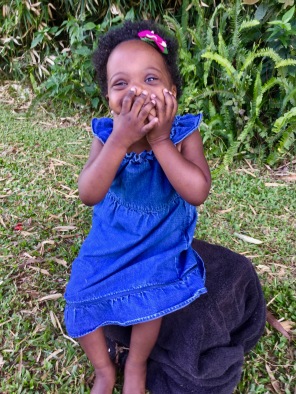 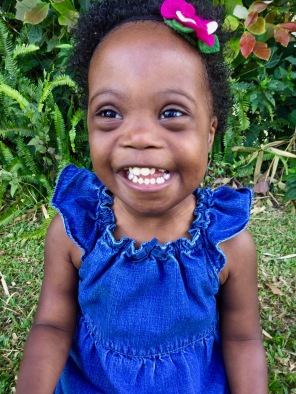 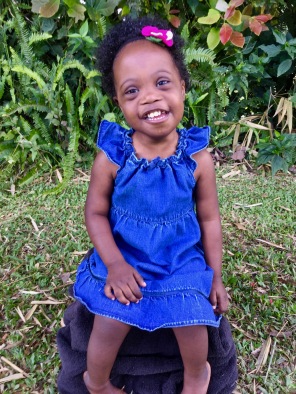 7 thoughts on “Fear or Faith”